It’s likely you’ve heard about how the human body and mind may or may not align with the cycles of the moon, and whilst there are some who argue that the fluctuation of the moon’s waxing and waning doesn’t have a strong enough impact upon the body to change anything, there are others who swear their emotions and energy levels are drastically impacted upon by it, and whose to say either one is better than the other?

Since the beginning of recorded history, humans have created rituals, ceremonies, and gatherings in order to create community. Much of this has revolved around aspects of nature, especially in Paganism, and within theories such as the Gaia Hypothesis. It’s not just those on the ‘fringes’ of society however, that naturally lean towards community celebration; it’s a completely natural human urge to want to be with other people, to have human contact and to share beliefs (What Maslow calls ‘belonging’). Whether it’s a celebration linked to the seasons, a mythical man

with a big white beard and red hat, the resurrection of the ever controversial Jesus (or as it’s probably now more widely associated with – lots of chocolate eggs), or a philosophy concerned with the moon, it all helps us connect, and serves to satisfy the sense of support and connection humans inherently need in order to be fully healthy and well.

If you’re in the Yoga community, it’s likely you’ve heard a woman’s menstrual cycle being labelled her ‘moon cycle’. Whilst of course it’s easy to become susceptible to being influenced by new–age ‘yoga speak’, dropping the words chakra, energy, aura and goddess into general conversation as though everyone totally knows what you’re talking about, it’s not just a coincidence that a woman’s cycle lasts approximately the same amount of time as the moon’s.

Quite why the moon may effect us is a point of much debate; some say that the moon’s phases effect the tide, and that if the moon effects the water in the body of water on the planet, it may effect the water within our own body. (However the changes are a little more likely to be down to the fact that upon a full or new moon, the earth, moon and sun are aligned, giving the greatest variation between low tide and high tide, known as the ‘Spring Tide’, so it’s not just the moon altering things; its all three aspects.

Within the animal kingdom, it’s been seen that the hormone levels in species of marine life and insects are altered with the phases of the moon, and as they live in a natural environment, it’s likely their bodies have adapted and evolved to suit their surroundings. Humans on the other hand, used to live in a natural environment, and now live in something that is almost as far away from natural as we can get. 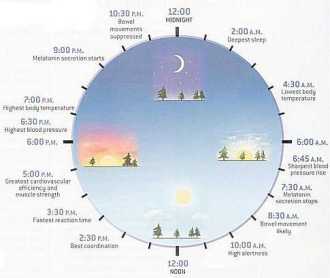 Our circadian rhythms, governed by the light / dark, sleep / wake, food / fast and activity / resting patterns of daily life, were also originally effected by how bright or dark the moon was. A full, bright moon encouraged us to stay awake for longer, perhaps to protect family, or to take part in ritual, and a dark moon (thus a darker night sky), implied we should sleep, stay put, and take extra time to rest. These days however, we rarely get enough sunlight, let alone moon light, and if our circadian rhythms are out of whack throughout the day, struggling to keep up with our always on-the-go demands, the body probably doesn’t have time to be wondering what phase the moon is in.

Despite our dis-connectedness from nature and everything we once relied upon, we did manage to hold on to a little bit of our intuition, and if we honour this and listen to it a little more often, we’ll be able to live in a way that lets nature support us, instead of battling against it. 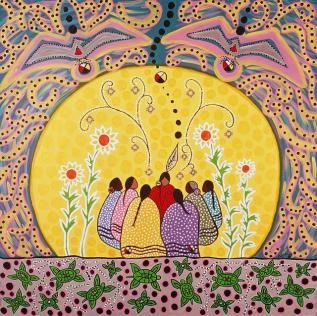 There are thousands of articles that expand upon the idea of a woman’s menstrual cycle pairing up with the moon, and you can read them HERE and HERE, but when it comes to our interaction with the big, white rock in the sky, it’s far more useful to trust intuition, rather than plain text, black and white ‘information’.

To compare the moon’s cycles to the gunas (the Sanskrit term for ‘energy’ within nature), a full moon would represent Rajas, meaning energy, aliveness and transformation, whereas a new moon may come closer towards being Tamassic, a feeling of heaviness, darkness, inertia and the need for some serious down time.

Indeed, we’re very likely to feel these physical and emotional energy patterns change as the lunar calendar progresses; during a waxing moon (meaning the moon is getting bigger), physical energy often increases, as does cognitive capacity and general mental positivity. When we reach the full moon, strength, energy, endurance and confidence are often at their peak, as is the urge for human connection. During a new moon, energy is often low, and the body naturally leans towards wanting to rest and sleep a little more. A low mood is common, as it the need for alone time, and comfort.

If this sounds familiar to you, here are a few ways to live in alignment with the lunar cycle: 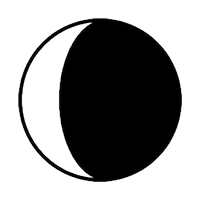 New Moon: A time for setting intentions, clearing and cleansing, resting, quietness, stillness, alone time, self care practices, and thinking about what you want to bring into your life in the near future.

Helen Forester, founder of Chant Malas, shares how to use moonstone during the New Moon phase;

“Moonstone reflects the energy of the moon and her phases.  Moonstone and all its variations is the stone of ‘new beginnings’, so perfect for the new moon period when you might be thinking about what you like to manifest over the course of this next lunar cycle.  At this time specifically, grey or black moonstone, representing the new moon, will help you to turn inwards and see ‘through the veil’.  other crystals great for the new moon are Labradorite (coming soon to the shop), clear quartz and staurolite.  Some of these are harder to come by but any of the ‘darker’ stones that aid mediation and offer deep insight are great – black Tourmaline, and Obsidian for example”.

Waxing Moon: Energy is building, so this is a good time to do things that require more physical and mental energy. More social interaction is well tolerated at this time, and anything that is potentially stressful or strenuous is best tackled at this time.

Full Moon: The culmination of what you’ve planned and manifested over the past days. A time of celebration, high energy, and a time at which our energy is very powerful, so is best put to good use.

Waning Moon: Energy levels drop slightly here, so this is a time for things requiring more cognitive thinking than physical endurance. Letting go of things (physically and mentally) is useful to do at this time, as is tying up any ‘loose ends’.

Whether it’s fact or fiction, and whether you’ve always kept a close eye on the moon’s cycle, or you can’t remember the last time you stopped to gaze at the luminous orb, the cycles are a useful way to pause, take stock, and become aware of the point in time at which we find ourselves. By becoming more aware of the exact spot in our lives that we inhabit, we can then make more purposeful, informed, wise life choices. As the new moon arrives on Saturday, perhaps spend some time setting intentions for the month ahead, spending time restoring and practicing self care, and maybe cleansing the space around you with a little sage smudging…. 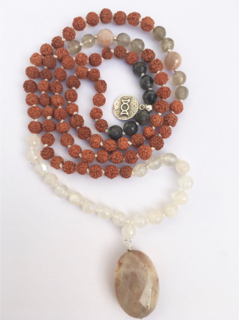 Chant Malas’ Live By The Moon mala contains a variety of different moonstones and labradorite, and is perfect for using throughout the new moon phase. Head to www.chantmalas.co.uk and enter the code emmayoga15 for 15% off all orders!